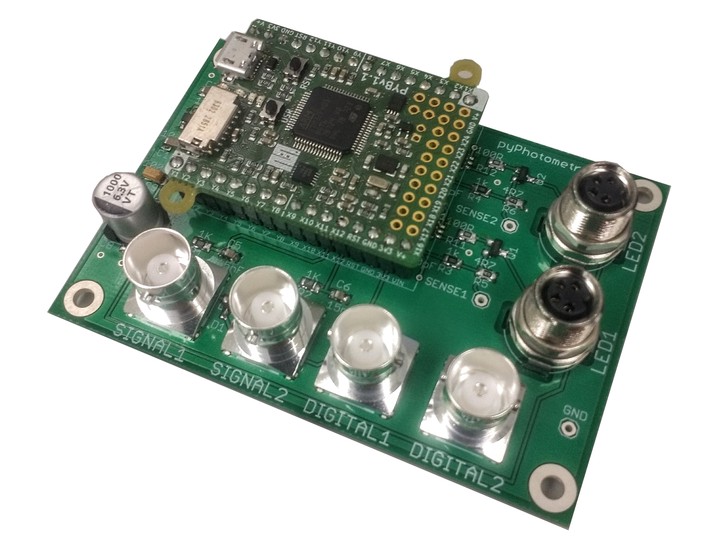 pyPhotometry is system of open source, Python based, hardware and software for neuroscience fiber photometry data acquisition, consisting of an acquisition board and graphical user interface.

pyPhotometry supports data aquisition from two analog and two digital inputs, and control of two LEDs via built in LED drivers with an adjustable 0-100mA output. The system supports time-division multiplexed illumination which allows fluoresence evoked by different excitation wavelengths to be independenly readout from a single photoreciever signal.